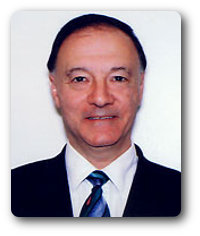 Today, more than anything, Jules enjoys being successful on behalf of a client. "I enjoy helping clients resolve their legal issues successfully," he notes, "especially when things looked bad at the outset.”

His positive attitude and determination are a couple of things that helped Jules graduate in the top 10% of his class at New England School of Law in Boston where he also served on Law Review. While in college, Jules was the local winner in a national contest sponsored by the United Nations Association. That essay appears in the Congressional Record.

As a student, Jules enjoyed history, politics, English, political science, and learning about the workings of government. He was fortunate that his Grandfather Lew Haas - a New York City Alderman and the man responsible for passing legislation that required Manhattan taxis to display medallions - helped Jules gain a hands-on understanding of the local political machinery. That proximity to government led Jules to become involved with various political campaigns and, during law school, to work for a State Senator.

Among Jules' major accomplishments was opening his own law practice, serving on the staff of a NYC Councilperson and NYS Assemblyman, and being elected as a State Committee Member.

Jules enjoys the time it takes to work through the nuances of case details, uncovering the information that didn't initially seem obvious, understanding the process it takes to come to grips with things that can't be controlled, and most importantly hearing a happy client say, "Thanks, Jules."

Some problems are easy to solve – others, however, require lawyers. Especially in a highly regulated city like New York, it's always best, if you have (or think you might have) a legal problem, to at least consult with a lawyer to decide if you need one.

I am a New York City lawyer representing clients throughout the New York area. I enjoy being successful on behalf of a client. I provide my clients with legal representation in various areas of law including real estate, trusts and estates, probate, estate planning, business law and guardianship proceedings. I'll work hard to help you resolve your legal issues successfully – especially if things looked bad at the outset. I enjoy working through the nuances of case detail, uncovering something that didn't initially seem obvious and coming to grips with things that can't be controlled so that I can hear a happy client say, "Thank you so much Jules."

Contact Us
Practice Areas
Client Reviews
★★★★★
I am very grateful to Mr. Jules Martin Haas attorney of law in New York. I am from Buenos Aires Argentina. He managed with expertise a very difficult situation. of a complicate heritage from my aunt Anna Grodzka that lived and died a very long time ago in New York. I recommend him not only for his extraordinary knowledge but also for his kindness. Irma CW Peusner
★★★★★
I found Mr. Haas after being misguided by a former attorney. Mr. Jules Haas took our case which involved an estate/trust dispute. What initially seemed like an impossible and overwhelming legal fight was now in the hands of someone who had the integrity and legal expertise to win our case. Mr Haas' attention to detail and his expert knowledge base, skillfully and successfully guided us through an intricate legal process. I am very thankful and grateful to Mr. Jules Haas for representing our interest and ultimately winning. Bringing about a peace of mind we needed. Thank You Devida Nedd
★★★★★
I was in need of a guardianship attorney and I hired the services of Jules M. Haas' Law firm. The service of counselor Haas and his staff, was very profesional and the case was handled in a timely matter. I would strongly recommend his services Angel Guevara
★★★★★
I strongly recommend Jules Haas. I have worked with him for two years and he has provided so much support and followed through with everything he promised he would do. His support staff is just as helpful! We had an interesting case and he helped to solve each part of it legally and was very thorough. Thank you for everything you have done to finalize our families estate Robyn Stafford
★★★★★
Jules Haas helped me with managing the process in probate court for my father's estate through to its completion upon the sale of my father's house. He was knowledgeable, efficient, and effective in submitting documentation to the probate court, explaining procedures to me, and advising me as to the progress of my case. His support staff was also very helpful. He made what for me created so much anxiety into something manageable where I could see progress every step of the way. His fees were very reasonable. I am super grateful to him for all the help he has provided and strongly recommend his services. Diana Janer
★★★★★
I just completed an estate transaction where Jules Haas represented my client in an estate and he did a great job! He was very quick at responding to all matters throughout the sale process, he was detailed, he was knowledgeable and he was a pleasure to work with. I just recommended him to some new clients who are going through an estate matter and will continue to recommend him. Rodolfo Lucchese
View More
Submit a Law Firm Client Review