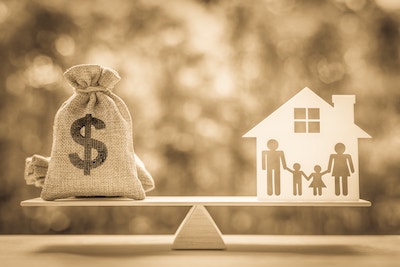 It's no understatement to say that New York state estate taxes are probably some of the highest and most complicated in the nation.   As recognized by the New York State Tax Reform and Fairness Commission in a report issued in November 2013, New York was regarded overall as a state with high taxes. Among these taxes  is the estate tax.  Less than half of the states in the United States still impose an estate tax.  A New York estate tax lawyer can explain how the tax will apply to your situation.

A New York State estate tax return must be filed within nine (9) months after the decedent's death.  The New York State filing threshold is  equal to the New York estate tax exemption which for the period April 1, 2014 to March 31, 2015 is $2,062,500.  This exemption is expected to increase over time until 2019 when it should equal the Federal estate tax exemption which will be approximately $6,000,000 at that time.   Generally, the New York Gross Estate and the New York Estate Tax Deductions do conform to the Federal Estate Tax provisions.  Thus, New York allows deductions for all assets passing to a surviving spouse (the "marital deduction") and also for estate administration expenses such as funeral expenses, appraisal costs and fiduciary commissions.  Generally, the New York Gross Estate will include all assets owned by the decedent at death such as all bank accounts, brokerage accounts and New York real estate.

Are there ways to save on estate taxes? Yes. A common one is to utilize a combination of the exemption amount and marital deduction to avoid estate taxes that might otherwise be due when either spouse dies. Other planning options include lifetime gifts and charitable contributions and a Federal concept known as Portability.  You definitely need to consult with a qualified estate tax lawyer to minimize New York state estate taxes.

Preparing a New York Estate Tax Return can be very time consuming and complex.  Although both the New York and Federal estate tax returns are required to be filed nine (9) months after a decedent dies, a six (6) month extension to file can be obtained.  The taxes due should still be paid within nine (9) months to avoid possible interest and penalty charges.

The estate tax return reflects all of the aspects of Estate Settlement such as the decedent's assets, debts, claims and estate administration expenses.  The return contains various schedules into which the appropriate information is inserted.  For example, one schedule requires that the decedent's real estate be described and the date of death value provided.  Another schedule asks for information regarding funeral and other expenses such as executor's commissions.  It is important that all of the information contained in the return be verifiable by means of qualified valuations such as appraisals and bills and receipts.

The New York State Department of Taxation and Finance also issues a form called a Release of Lien.  This document is needed when the estate is selling an asset such as a cooperative or condominium apartment or real property.  An application must be filed with the Department setting forth the estate's estimated tax liability.  The Release of Lien form indicates that the property can be transferred free of any tax lien that may be imposed on account of the New York estate tax.

Are you looking to save on your estate taxes? I have many years of experience as a New York estate tax attorney working with and advising clients in the creation and implementation of plans that provide tax advantages and security for your family and beneficiaries. Regardless of the size of an estate, you can benefit greatly from having a well-prepared estate plan consisting of documents such as a: Last Will, Health Care Proxy, Power of Attorney and Living Will.

Do you need a lawyer or have any questions? Contact me by phone at (212) 355-2575 or by e-mail for an appointment with an estate tax attorney in New York.

Contact Us
Practice Areas
Client Reviews
★★★★★
I am very grateful to Mr. Jules Martin Haas attorney of law in New York. I am from Buenos Aires Argentina. He managed with expertise a very difficult situation. of a complicate heritage from my aunt Anna Grodzka that lived and died a very long time ago in New York. I recommend him not only for his extraordinary knowledge but also for his kindness. Irma CW Peusner
★★★★★
I found Mr. Haas after being misguided by a former attorney. Mr. Jules Haas took our case which involved an estate/trust dispute. What initially seemed like an impossible and overwhelming legal fight was now in the hands of someone who had the integrity and legal expertise to win our case. Mr Haas' attention to detail and his expert knowledge base, skillfully and successfully guided us through an intricate legal process. I am very thankful and grateful to Mr. Jules Haas for representing our interest and ultimately winning. Bringing about a peace of mind we needed. Thank You Devida Nedd
★★★★★
I was in need of a guardianship attorney and I hired the services of Jules M. Haas' Law firm. The service of counselor Haas and his staff, was very profesional and the case was handled in a timely matter. I would strongly recommend his services Angel Guevara
★★★★★
I strongly recommend Jules Haas. I have worked with him for two years and he has provided so much support and followed through with everything he promised he would do. His support staff is just as helpful! We had an interesting case and he helped to solve each part of it legally and was very thorough. Thank you for everything you have done to finalize our families estate Robyn Stafford
★★★★★
Jules Haas helped me with managing the process in probate court for my father's estate through to its completion upon the sale of my father's house. He was knowledgeable, efficient, and effective in submitting documentation to the probate court, explaining procedures to me, and advising me as to the progress of my case. His support staff was also very helpful. He made what for me created so much anxiety into something manageable where I could see progress every step of the way. His fees were very reasonable. I am super grateful to him for all the help he has provided and strongly recommend his services. Diana Janer
★★★★★
I just completed an estate transaction where Jules Haas represented my client in an estate and he did a great job! He was very quick at responding to all matters throughout the sale process, he was detailed, he was knowledgeable and he was a pleasure to work with. I just recommended him to some new clients who are going through an estate matter and will continue to recommend him. Rodolfo Lucchese
View More
Submit a Law Firm Client Review